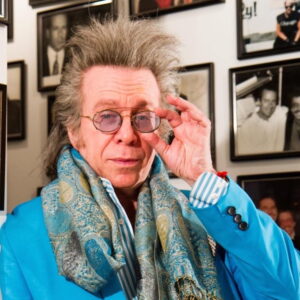 People often refer to Jeffrey Gurian as a “Renaissance Man”, because he’s involved in so many things. He’s a doctor, lecturer, and motivational speaker, but he’s also a comedy writer, performer, director, author, producer, and radio personality, and not always in that order.

He’s also an author with seven books, the last two in what he calls his “Happiness Series”, both best sellers on Amazon. The first is called Healing Your Heart, By Changing Your Mind – A Spiritual and Humorous Approach To Achieving Happiness and his latest book Fight The Fear-Overcoming Obstacles That Stand In Your Way, was a #1 Release in several categories including “Medicine & Psychology”, and “Cognitive Behavioral Therapy.”

We use cookies on our website to give you the most relevant experience by remembering your preferences and repeat visits. By clicking “Accept”, you consent to the use of ALL the cookies.
Cookie settingsACCEPT
Manage consent