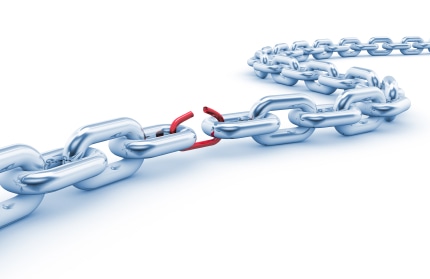 We are accountable for living a “No harm” life. We do this by first taking a careful inventory of our character vulnerabilities, noting those that particularly fit us. It is only through self-awareness that we can then take accountability for managing our vulnerabilities. We cannot own what we cannot see. This requires rigorous honesty combined with unconditional self-acceptance. We are not responsible for our character, for our weaknesses, faults, or vulnerabilities, but we are responsible for managing them in order to not cause harm to ourselves or others and to live the best life possible.

The first step in learning to manage our vulnerabilities is to make a solid, unconditional commitment to our basic goodness despite our flaws. We need to make it psychologically safe to make mistakes. We accept ourselves, warts and all.

One of the best ways to enhance our self-awareness is to ask others whom we trust what they think our weaknesses are. We then listen carefully without being defensive. We can then own what fits and let go of what doesn’t fit.

Another technique for developing self-awareness is to reflect on our past and present behaviors, paying particular attention to any areas of conflict or stress. We will always discover our vulnerabilities in our difficulties. As an example, it is natural to become defensive and blame others when criticized. We protect ourselves from feeling bad by making the other person bad. Looking at our behavior, do we defend ourselves out of a need to be right, or do we seek to understand the other person’s concern and address those concerns out of care for that person’s well being? Do we attack and blame, or do we own what is ours to own and work to ease the other person’s concerns? In this case the vulnerability would be insecurity. It is very helpful to reflect, at the end of each week, on the week’s events. What went well? What didn’t go so well? Why did it not go well? What was my role in it? What could I have done differently that would have either avoided or resolved a difficulty or conflict? As long as we give ourselves permission to be imperfect and make mistakes, then we can lower our defenses to look within at what we do to contribute to our difficulties.

The following is a list of character vulnerabilities. A good place to start with self-management is to identify the top ten vulnerabilities that cause the greatest difficulty:

We can see from this list that there are many ways in which we can go astray. Once we have acknowledged our vulnerabilities, we then make a commitment, with the help of others if necessary, to not acting them out, as best we can. This is a lifelong practice, as we will inevitably make mistakes because of our vulnerabilities on daily basis, if not several times a day. Change takes time and effort. It takes practice and persistence. The key is to reflect, identify, and correct, as quickly and as consistently as possible. If we note that we have a short temper, we resolve to work on our anger. If we notice that we are possessive or controlling in our relationships, we practice “living and letting live.” If we notice that we are judgmental, we practice acceptance and tolerance of others. If we notice that we are self-absorbed, we practice reflecting every day on those we care for.

As with any practice, perfection is not realistic. When we make mistakes, which we do and will continue to do, we simply own them, make amends when needed, and move on. Progress, and not perfection, is the goal.