With the concern with the opioid overdose epidemic, it is easy to overlook the most insidious and malignant of all addictive substances: nicotine. Tobacco use results in nearly a half a million deaths a year (as compared to roughly 13,000 deaths a year due to opioid overdose). This makes tobacco use disorder the leading cause of all preventable deaths in the developed world. People with tobacco use disorder die from their addiction at a rate of 51%. This is roughly 1.5 times the mortality rate for any other addiction, with the possible exception of opioid use disorder.

Many in recovery continue to destroy themselves by using tobacco. Nicotine is one of the most addictive of all substances, on a par with opioids. Though roughly half of the 94 million tobacco users eventually quit, 45 million people continue to use tobacco, unable to stop.

Part of what makes nicotine addiction so insidious is that the lethal consequences of tobacco use are delayed. People do not experience immediate painful consequences to such a degree that they feel compelled to quit. Everyone knows that smoking, chewing, and dipping are harmful. But knowing this not the same as having your life fall apart because of addiction, or nearly dying from an overdose. Immediate painful consequences bring about change more forcefully than delayed consequences. This encourages people to say, “I’ll quit someday.” Yet “someday” never comes until it is too late.

Several benefits of quitting other than health and economic exist. Studies show that nicotine increases cravings for opiates, relapse during detoxification from opiates, and most likely long-term opiate relapse . Conversely, smokers who quit have more successful recovery from opioid use disorder. Tobacco use disorder is associated not only with higher rates of opioid use, but also of alcohol, cocaine, and cannabis . Nicotine use is associated with higher rates of depression and anxiety. Fourteen studies have concluded that quitting smoking results in reduced rates of depression, anxiety, and stress.

To quit nicotine, make a recovery plan. The following nicotine cessation protocol gives other techniques to maximize the chances of quitting:

1. Make a 3×5 “Consequences Card.” List reasons not to smoke/chew/dip. For example:
• Save money;
• Enhance health;
• Feel better;
• Reduce risk of anxiety and depression;
• Resolve guilt;
• Have more energy;
• Live longer;
• Make those who love you happy;
• Enhance integrity;
• Enhance ability to meet friends and mates who do not smoke;
• Be a role model to children. reduce their risk of smoking;
• Enhance self-esteem;
• Strengthen the ability to do what is right despite cravings; and,
• Reduce the risk of using other addictive substances or engaging in addictive behaviors.

Update your list as you think of new reasons. Carry your list with you at all times. Pull it out to review it every time you get an urge to smoke.
2. On the back of the card, list the bad things that will happen if you continue to smoke/chew/dip. Review these when the urge to addict hits.
3. Write a paragraph describing yourself at age 60 if you continue to smoke/chew/dip. Make it as detailed as possible. What will you look like? How will you feel? What diseases might you have because of your addiction? Then write a paragraph describing yourself at age 60 if you stop addicting with nicotine. Carry this in your purse or wallet. Review it when cravings arise.
4. Get 2–4 nicotine “supports”. Make a promise to them to call them when cravings occur to review your list of reasons to not use nicotine and the benefits of quitting. Give them your lists.
5. Ask your co-workers, friends, and loved ones to be sensitive to the fact that you are trying to quit smoking/chewing/dipping. Ask them not to use around you.
6. Set a “stop smoking/chewing/dipping” date.
7. Get rid of all nicotine products. Vow to not buy any more.
8. Don’t put yourself in situations where you will be exposed to nicotine. Walk away from others who are addicting with nicotine.
9. If necessary, use bupropion, a nicotine replacement product, or varenicline.
10. If you slip, don’t give up. Don’t beat yourself up. Put out the cigarette or spit out the chew or dip as soon as possible. Throw away the nicotine product. Failure is not in picking up, but in giving up. Keep quitting until you succeed. Recommit over and over again.
11. If you smoke, practice a meditation: as you breathe in, say, “I’m killing myself.” As you breathe out, say, “This is wrong.”
12. Set rewards for not addicting: they can be small, medium, and big rewards. For example, going out to dinner every week could be a small reward. Going to a game or a spa once a month could be a medium reward. Going on a vacation once a year could be a big reward.

Most people who quit tobacco tried to quit an average of nine times. Success comes from perseverance. If at first you don’t succeed, try, try again. With practice, you strengthen your commitment and develop the recovery skills and supports needed to succeed.

The Joy of Recovery 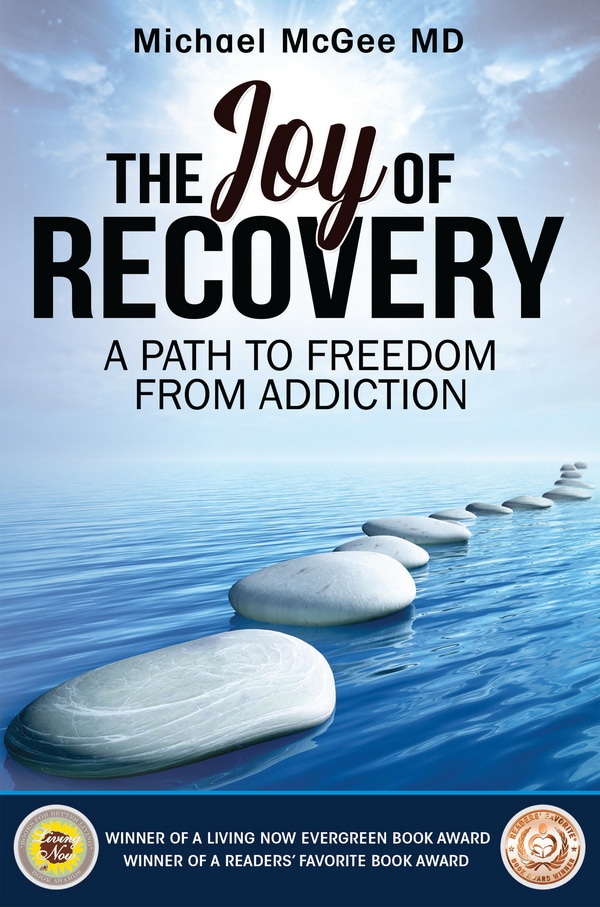 FREE DOWNLOAD: 20 Ways to Realize Joy in Your Life

You have Successfully Subscribed!